Editor’s Note: Our trusted Mongrel Patriot spent a great 2012 interviewing notable people our readers truly care about while also turning us on to some bright new minds on the socio, political and cultural scenes. Here is a first-hand account from each of her subjects, filling us in on their activities, thoughts and whereabouts since appearing with us. 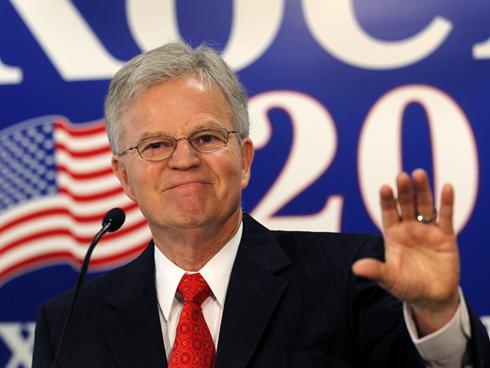 Nothing has changed in the Capitol of the Bought. Special interests own both parties and are committed to self-preservation and the status quo.

Campaign Reform must happen before we can restore balance and vision: Full disclosure, 48-hour reporting, no lobbyist can make a payment of any kind, Citizens United must be challenged and repealed, and criminal penalties must be imposed.

In short, we must impose speed limits on the superhighway of political vote buying.  If we don’t lead with Campaign Reform, nothing will change and Congress will enact make-believe cuts and so-called tax reform.  America will continue to be a nation in trouble where manufacturing jobs are disappearing and the future has dimmed with excessive DEBT and a Congress INDEBTED to the Special Interests.

We can solve every problem by building a team of all parties under the leadership of a President Free To Lead.  With this crew bought and paid for by the Special Interests, I am not holding my breath.  Join with us at thereformproject.org and let’s turn America around. 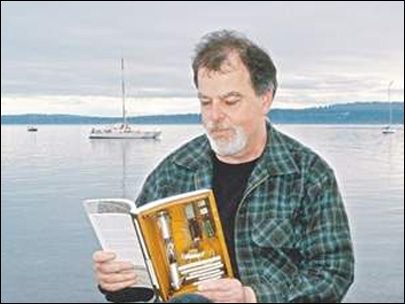 The event that affected me most this past year was the bloody suicide of a close friend and Feral House author, Nicholas Johnson. Nick wrote the book, “Big Dead Place: Inside the Strange and Menacing World of Antarctica,” thought by many to be a masterpiece. And I concur.

Nick’s suicide showed me once again how tenuous this life can be and how one action can affect us all. I’m still working my way out of it.

This past year we’ve also gone through the final financial settlements of a divorce. How love can become transformed into a quantitative issue. Man, how that can bring you down as low as you can go.

Not everything was a downer… We’ve had modest successes, both publishing a lengthy personal project called Ritual America, and touring it across the country.

We’ve also finished two screenplays that are currently going into production. One is called “Dallas in Wonderland,” a thriller that examines the crazier aspects of the JFK Kennedy assassination cover-up.  Also, Jonas Ackerlund, a former death metalhead, will be directing our co-authored script based on the Feral House book, “Lords of Chaos.” We know it’s probably happening since we got paid for it.

As far as book publishing goes, we’re going forward with a lot of important and spectacular work despite the geek-ridden techno fascist rule of the industry.

Nonetheless, we look forward to 2013.

This year has been full of energetic changes and a rise in consciousness of treating ourselves and the earth better. I think the important lesson for this year is to be satisfied with what we need and not to expansively accumulate. In my healing world the year has been filled with students from many disciplines learning how to balance the five elements within themselves and how to expand their paths through the spirits of the acupuncture points. Next year sees me teaching in several countries and publishing the spirit of acupuncture in French as well as a book of essays in English on energetic transformations. 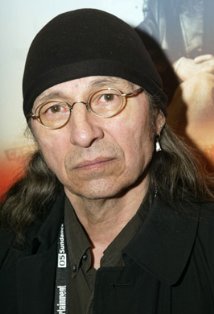 What I’ve learned in 2012 is that my belief in the power of stories has defined my entire life and I’m grateful for having figured out my life’s purpose at last. I’ve also learned nothing is impossible unless you make it so, a lesson I keep learning every single year. In 2013 I’m looking forward to applying that lesson to the books and movies I develop and publish and produce. No matter how challenging, bring it on! Human determination changes history. —Story Merchant Dr. Kenneth Atchity, author of The Messiah Matrix (insert LINK: http://www.messiahmatrix.com)

This year I have learned that the only way to breaking the blocks in your creativity is through love and full acceptance of every part of your broken beautiful self.  You have to take those pieces of you that you have been resisting and really look at them until you can embrace them.  I was blocked but this year I got unstuck.  Next year I’m looking forward to finishing Riot Grrrl: The Self Told Narrative.

2012 has been both horrible and great. I’ve had some wonderful experiences performing onstage and working with new artists and musicians, who helped open my mind to new avenues of artistic expression. But I’ve also gone through some horrible shit. There was a death in my family and people had betrayed me that I loved and trusted. I underwent a major existentialist life crisis and I wasn’t even sure who I was anymore. I didn’t know if I was wasting my life away making art and videos–stuff that nobody gives a shit about. My best friend is also an artist (a visual painter) and we both went through the same struggles together, crying to each other if our lives were worthless because we didn’t lead normal lives like other Muslims. But in the end, maybe that’s what Allah wanted us to be– not be normal, to lead un-ordinary lives and to make art and videos until we die… I’m not gonna stop doing what I love doing. I hope and pray that 2013 will bring me some new experiences and good tidings.

My journey which unexpectedly lead me to a park in the Financial District and the middle of a global uprising actually began two months earlier, when I negotiated out of my lease and committed to living as an Urban Nomad and not paying rent for 1 year. I started a blog (www.liverentfreeordie.blogspot.com) with the intention to document my experiences bartering goods and services in exchange for a couch to crash on. But before long, Occupy happened and Zuccotti Park spontaneously transformed into the perfect laboratory to test out the ideas on which I based my experiment in living free.

What I had wanted more than anything was to opt out of the system. To not pay rent, to avoid using money, to get by simply through cooperative, non-exploitative exchange of energy and goods. I found early on that one individual opting out alone is extremely difficult if not impossible. You need a community of individuals supporting each other to make it work. For a brief period in Zuccotti Park, that community actually existed. It was amazing to discover that I was not alone in the desire to opt out, and that changing the system is in fact possible.

Since the eviction, my focus has been on how to establish permanent sustainable communities. The conditions simply did not exist in Zuccotti Park for it to continue indefinitely. The key issues obviously are control of the land and food resources. I’ve spent most of 2012 connecting with intentional farming cooperatives, and have contacts on the West Coast and Upstate New York, as well as with farmers in Central America. I also recently completed a course of study in urban farming and hydroponics. It is an ongoing process that continues in 2013. We’ve planted the seeds of the New Paradigm and are ready to watch them grow.

2012 was a nomadic year with visits to Tijuana, Portugal, Costa Rica, Australia and Belize.  In 2013 Exile Nation: The Plastic People will be edited and hopefully released in late summer.  With the death of Chris Bava, the focus of the documentary has shifted somewhat.  The story of the nationless citizens trapped between the immigration and drug war policies of the United States and Mexico will be told along with the mission Chris took on as an activist working to help the hopeless and as a photographer documenting in powerful images the truth about a problem that exists also in other areas of the globe where the nationless struggle to survive ignored by the rest of the world.  In 2013 I am also working to build an international festival and permaculture center in Belize using the Fractal Nation network that began at Burning Man.

Newtopia staff writer TAMRA SPIVEY is a founding member and primary singer of Lucid Nation, executive producer of the documentaries Rap is War and Exile Nation, and associate producer of The Gits documentary. She was art editor and west coast editor of Newtopia Magazine in its former incarnation, collaborating on in depth interviews with whistle blower Michael Ruppert, ACLU and record business honcho Danny Goldberg, and grassroots political strategist Larry Tramutola. Follow her on twitter @MongrelPatriot.

« A Poet’s Progress: Final Entry from Africa, December 6, 2010
The Maestro and the Boy: The Kindness of Manly P. Hall »