On the Glee Farm with Poet Todd Colby 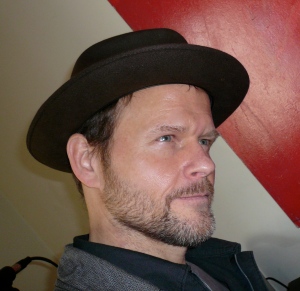 In the early 2000s the Internet experienced an explosion of literature as writers and poets started to ferment in the virtual pages of a blooming scene of serious online literary magazines. An arena that had traditionally been married to print was now burgeoning on a richly, populated scale connecting authors and readers in exciting new and accessible ways. It was during this time that I first became a writer and editor for the still-thriving 3 AM run by Andrew Gallix, a French punk rock magazine that featured cutting edge voices in music, art and literature. It’s in these pixelated pages where I first met Charles Shaw, original publisher of Newtopia, as well as many other writers and talents who continue to be in my lit tribe today such as Matthew Wascovich, Utahna Faith, Ronnie Pontiac, Tamra Spivey, Alex Gildzen and Travis Jeppesen.  It was a strange new world where writer peer alliances were being formed over slow-moving WiFi and collaborations were taking place at hyper speeds and one day I stumbled upon a poet from New York City named Todd Colby through the first few stanzas of his brilliant poem Eat Me appearing in a book called Riot in the Charm Factory by Soft Skull Press.

I believe that all dreamers enter the picture on their knees.
If they are wise it is hard going and toxic
But hardly a reason to engulf one’s self in flames –
After all, gasoline is flammable and can do great harm.

But the possibilities of harm are minimized
Here in the all new effervescent zone
Where the capacity for love is eternal
If you believe in rising up to the stars
With gum shoes and peachy-keen liquor breath.

In the way that kismet naturally happened in those days, I came to find out he had recently collaborated on a book called February 2003 with my aforementioned friends Gildzen and Wascovich with the addition of Thurston Moore from Sonic Youth and we, too, struck up an online acquaintance. It’s been nearly a decade since and Colby’s evolution as a cultural maelstrom has continued to evolve. He’s got four books of poetry under his belt including Tremble & Shine, Riot in the Charm Factory, Cush and Ripsnort (all from Soft Skull Press). He was also the editor of the poetry anthology Heights of the Marvelous: A New York Anthology (St. Martin’s Press). As a visual artist and performer, Colby’s been broadcast nationally on PBS, MTV and NPR for Garrison Keillor’s Writer’s Almanac. He was the lead singer for the critically acclaimed band Drunken Boat. His books and paintings with the artist David Lantow can be seen in the Brooklyn Museum of Art and The Museum of Modern Art special collections libraries. He’s been invited to read at The Poetry Project, Bowery Poetry Club, The Rubin Museum, New York University, The New School for Social Research, Brooklyn Public Library, Cornell University, The Kingston Writers Conference, The Whitney Museum of American Art, PS 122, and more.

Today, he posts new work on his site Glee Farm.

I caught up with him recently about the state of poetry today.

After publishing a steady series of books by Soft Skull Press in the early 2000s where has your road as a poet led you between then and now?

Actually, my first book with Soft Skull Press came out in 1993 when Sander Hicks, the original publisher, was working at Kinkos in the East Village and offered to print Ripsnort up for me for free if he could put the Soft Skull Press logo on it. I have fond memories of those days when it felt like anything was possible and happy accidents (like running into Sander) happened all the time. I even asked my hero, the great artist George Scheeman, to do the cover, which he did, for free!  After that, Cush came it in 1995 and then Riot in The Charm Factory, and Tremble & Shine. Between my first book with Soft Skull Press and now, I’ve been on a trajectory of writing and more writing, without stop. My journey as a writer has been a long and fruitful one, full of digressions into rock and roll, acting and performing, but I always wind up back up at the empty page, with a pen at a desk. It is the one constant through all these years, and certainly all the years to come.

What projects are you currently involved with/working on?

I have a big book of poems I’ve been working on for a few years. Parts of it are in my latest chapbook Flushing Meadows put out by Scary Topiary Press in Los Angeles. Hopefully I’ll find a publisher for the book of poems sooner than later. Now that Soft Skull has sort of dissolved or at least stopped publishing poetry, it has been a bit more difficult to find a good relationship with a publisher that simply asks “whatcha got?” and then publishes it, like Soft Skull did for years. We’ll see. I have an agent at a fancy literary agency now (Carrie Howland at Donadio & Olson), so we’ll see what she comes up with for me as she shops the manuscript around. I’ve also been working on a novel for several years, parts of which have been published here and there. Someday I’ll finish that big old book and live in the southern deserts of Arizona off the advance. Wouldn’t that be nice?

Do you think the Internet has assisted the poet or diffused poetry with its endless stream of instant wordsmiths?

It has helped a lot. The Internet has decentralized the place of publishing and made it a lot easier to get work out there and read. That said “the book” has become an even more central part of my life as a writer. I am always drawn to books, their smell, their feel, and their incredibly intimate vibe that travels through time with me. Every page of a book I love shows the years that have gone by with my reading and rereading. Every stain, thumbprint, all the wear and tear, all the markings, stars and underlining add another dimension to the physical book which I treasure the same way I do every scratch and worn spot and stain on a favorite pair of boots or jeans. But when it has to do with books, it means so much more to me. The soul of the book as an object will never die for me, Internet, or not.

What do you think the poet’s role is in today’s social arena?

The role of the poet in today’s social arena is to simply notice and report what is noticed in the mind as it interacts with the world. That alone should suffice. The grander political act of writing needs no bigger push or big statement than that. Writing poetry in a commoditized culture is about as counter to our prevailing material culture as one can get without dropping off the map entirely. And certainly it isn’t about rejection of anything, but a huge embrace of all that one comes across as a writer. Poetry really has never been in any danger of being gobbled up by the money inherent in other cultural phenomena that actually might contain a monetary reward at the end of that creative rainbow. It just is. Unlike acting or music or certain forms of visual art where the inevitability of any real success necessitates a real consideration of earning a living at it at one point or another. With poetry, one never needs to ever even really consider that as an option (not if you’re sane), which is quite liberating at its core, though no less sad. As a poet, I get to be my own boss, and that, to me, is the greatest, most responsible thing of all.

As a poet, who are the writers you most admire?

I love Alice Notley, Gertrude Stein, Christine Schutt, Thomas Bernhard, Bernadette Mayer, Bill Knott, Joe Brainard, Larry Fagin, Max Jacob, Ron Padgett, Diane Williams, Frank O’Hara, John Ashbery, Guillaume Apolinaire, and Mina Loy. The list is really so much longer than that. I’m excluding all the philosophers like Ludwig Wittgenstein, Hegel, Heidegger and Kant I adore, and the nonfiction writers like John Jeremiah Sullivan and the psychologists like Jacques Lacan, Adam Phillips and Christopher Bollas whose work I also turn to again and again. There are so many!

Who are your biggest influences?

John Ashbery. I continue to read and reread him for pleasure, comfort and inspiration.

What do you think is the fate of the printed word in today’s e-culture?

It will keep going. There are enormous burps and hiccups we’re going through, but just because the medium is changing doesn’t mean the written word is going away, far from it. Look at music with it’s decentralized focus on record labels that put the ability to make music and get it out there into a lot of able hands. The only difficulty in the current situation is that it makes it difficult to wade through so much to find something that really sticks to the ribs, so to speak.

How has Glee Farm affected you as a poet, being able to get things down and out in such an immediate format?

I think of Glee Farm as a scrapbook of my mind over almost a decade. The immediacy is what I most love about the blogging format. I wish there was some way to turn the last seven years I’ve been at it into a giant book with all the poems, art, photos, music, and other things I post there.

Can you give me a few new poems you’ve written of late and let me know what inspired them? I especially liked “When I Lay My Burden Down” on Glee Farm.

I like all the poems I’ve written and put up there. They all have a certain place in my heart and mind that allow me to revisit them and the millions of things that inspired them. Never does one thing inform a poem that I write, ever. I can look at any one poem and count dozens of points where the impulse (or inspiration) to write it came from. It seems like a herculean task to examine (and expose) all the intentions that went into making it. I like the question though. 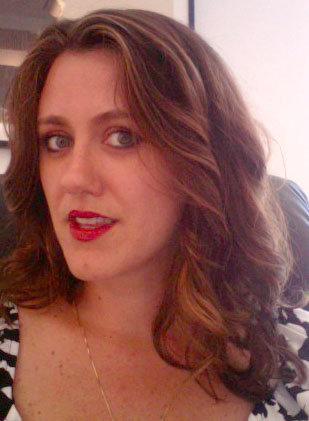 Newtopia managing editor KIMBERLY NICHOLS is author of the book of literary short fiction Mad Anatomy, a contributing editor to 3AM Magazine and has exhibited as a conceptual artist throughout California for the past decade. Her non-fiction articles have appeared in magazines and media internationally. She was a founding editor of Newtopia in its former incarnation where she was also a member of the NewPoetry Collective. She is currently at work on her novel King Neptune’s Journey and an art work titled The Fool. She has recently embarked on a journey of study in shamanic and medicine lore and wisdom under a series of respected teachers. Follow her daily beat poetry on Twitter @LITGFOA or her arts and literature blog.