The Female Heroes of Tibetan Buddhism

As in India and China, traditional Buddhism in Tibet was a heavily patriarchal religion that included a host of goddesses. Female seekers of enlightenment operated under social handicaps. As the Tibetan princess Trompa Gyen reportedly complained to her guru,

Our minds seek virtue in the dharma,

Rather than risk a lawsuit, we stay with even bad spouses.

Avoiding bad reputations, we are stuck in the swamp of cyclic existence …

Though we stay in strict isolated retreat, we encounter vile enemies.

Though we do our dharma practices,

Next time let me obtain a male body,

So that I can exert myself in the dharma

and obtain the fruit of Buddhahood.

Trompa’s guru pointed out that her problems were even worse than that: “Having forsaken your own priorities, you serve another.” Trompa was moving in with in-laws, slaving away to meet their demands, and getting no respect. The teacher admonished her: “A girl should value her own worth. Stand up for yourself Trompa Gyen!” (Simmer-Brown, 2002, 34–35).

In general, male leaders lionized control of the major Buddhist institutions. The female masters generally operated as independent leaders of informal groups. But these female teachers played enormous roles in the founding and evolution of Tibetan Buddhism. For example, we can count Yeshe Tsogyal (ca. 757 to 817 CE) as perhaps the primary leader in spreading Buddhism across Tibet. In one long teaching tour, Tsogyal,reportedly went to Kharak Gang, gathered 300 meditators, and brought 7 of them to full enlightenment. Then she gathered 1,000 nuns in Jomo Nang, of whom 300 became accomplished teachers. Next she practiced at Sangak Ugpalung, gathering 1,000 monks and 1,300 nuns, and reportedly taught so effectively that every one of them achieved liberation. According to her medieval biographers, she was able to report of her life:

I, Tsogyal, while living at Chimphu, became a spring of teachings and instructions for the original disciples of the Guru [Padmasambhava], the new monks, my own disciples, and all who had faith in Guru Rinpoche—from Ngari, Mangyul, Purang, Mön, Tsang, Jar, Loro, Kongpo, the four provinces of Central Tibet, the four northern provinces, Dokham Gangdruk, from China, Jang, Hor, Menyak, and other lands. Thus my work for the sake of beings became as boundless as the sky, and the lineages of my disciples, the disciples of the Lady, have covered and filled the world. (Changchub and Nyingpo, 1999, 126–134, 151–152)

Both the Nyingma and Karma Kagyu schools of Tibetan Buddhism recognize Tsogyal as a fully enlightened Buddha. And besides Tsogyal, there were a host of other female heroes, including Tashi Chidren, Gelongma Palmo, and Machig Lapdrön. Machig founded the Chöd teaching tradition, of which it was said,

All the Dharmas originated in India,

and later spread to Tibet.

Only Machig’s teaching, born in Tibet,

was later introduced into India and practiced there. 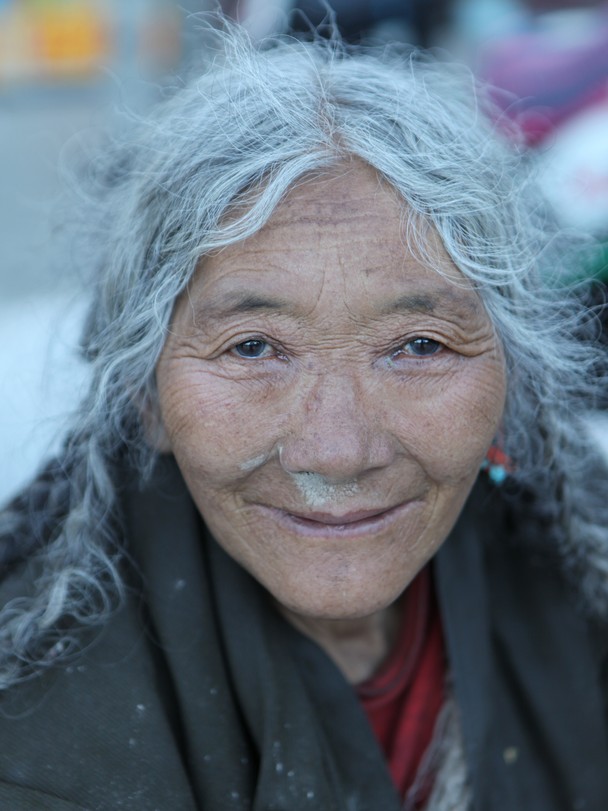 A Kashmiri woman named Niguma served as the guru for a Tibetan pilgrim named Khyungpo Naljor, who later founded the Shangpa Kagyu teaching lineage. Niguma also wrote 13 books that are basic to the Tibetan Buddhist canon. There was Chokyi Dronma (founder of the Dorje Phagmo lineage) and Dagmema (the “egoless lady” who taught the great sage Milarepa the Six Dharmas of Niguma). Other female founders of teaching lineages and spiritual communities include Chime Tenpai Nyima, Dechen Wangmo, Mingyur Paldron, Kushok Chimey Luding, Pema Trinle, Shukseb Jetsun Chonyi Zangmo, Tsewang Lhamo, Ayu Khandro, or Thinley Chodron. In popular religion, these teachers became living goddesses, dakinis, or incarnations of the goddess Tara. As Kuan Yin surpassed the Buddha’s popularity in China, so Tara became Tibet’s sovereign deity (Day, 1990, 82). As Kees Bolle explains, “Tara … is mightier than Buddhas and Bodhisattvas … the mother who gives birth to all the Buddhas” (foreword to Beyer, 1973, 3).

For followers of this tradition, the essence of femininity was not earth, matter, desire, samsara, nurturance, or submissiveness—but the freedom of fearless, unlimited awareness, known as Prajanaparamita—the transcendant realization which is the mother of all Buddhas. As the Tibetan sage Milarepa explained, “Woman is essentially wisdom: source of spontaneous prajna [wise discernment] and subtle body. Never consider her inferior. Strive especially to see her as Vajravarahi [a guardian goddess].” And as Guru Padmasambhava saluted Yeshe Tsogyal,

Yogini seasoned in the secret mantra!

The ground of liberation

is the human frame, this common human form—

and here distinctions, male and female,

And yet if bodhichitta [unlimited compassion] graces it,

Going a bit further, the Hevajra-tantra opened with the lines, “Thus I have heard: At one time the Lord dwelt in the vaginas of the vajra maidens who are the body, speech, and mind of all the Buddhas” (Simmer-Brown, 2002, 38, 182, 103). As the mantra “Om Mani Padme Hum” affirms, “Hail to the jewel in the lotus.” 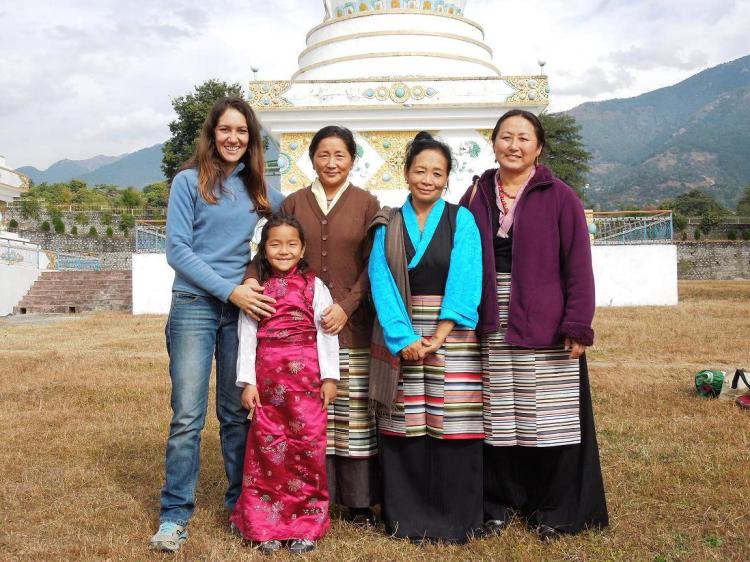 All this suggested a real respect for female powers and leaders. But over time, male teachers grew more predominant in monastic institutions. The practice of full ordination for women died out, and nuns were restricted to ordination as novices. As in Daoism, female teachers practiced mainly as independent yoginis, outside the ranks of priests or monastics. But in the view of many Tibetans, the independent path of yogins and yoginis seemed the highest, the most heroic, and the most direct path to enlightenment (Ray, 2000, 289–290). The feminism of Western Buddhists is a progressive reform of such tradition. But it will be incredible if the Western Buddhists ever manage to surpass traditional Tibet’s wealth of female heroes.

Adapted from portions of A Galaxy of Immortal Women: The Yin Side of Chinese Civilization.

Changchub, Gywala and Nyingpo, Namkai, 1999. The Padmakara Translation Group. Lady of the Lotus Born: The Life and Enlightenment of Yeshe Tsogyal. Boston: Shambhala.

Brian Griffith is an independent historian who’s interested in culture wars and cultural creativity. So far he’s written four books. The Gardens of Their Dreams: Desertification and Culture in World History examines how environmental degradation has affected society across the center of the Old World from ancient times forward. Correcting Jesus: 2000 Years of Changing the Story and Different Visions of Love: Partnership and Dominator Cultures in Christian History reflect on the culture wars that have raged within Christianity from the religion’s beginning down to the present. A Galaxy of Immortal Women: The Yin Side of Chinese Civilization explores the alternative traditions and religions of Chinese women, which offer the world a powerful vision for partnership, health, and spirituality. He lives in a multicultural marriage in the multicultural hub of Toronto, and publishes with the Exterminating Angel Press.