You were the first person I met in Venice Beach, when in 2011, fresh from Burning Man, I arrived in my silver car dappled with paint stains to unpack my entire life boiled down to three boxes within a tiny bungalow across the street from the sea. I should have known by the disco ball that hung from my front yard tree on a street named for the man who invented it, that the next two years would be full of dance and play with someone like you. That first week as I bought Korean food and sprouts from the tiny farmer’s market, you came bounding out of the sunshine to say hello with your mane of honey colored hair, patrician nose,  Jewish sensuality and ten foot wide smile dipped in morning dew.

I had blown up Venice Beach in my mind and put it on a pedestal and the balloon quickly deflated as I realized it was a town where very hip looking people spent way too much money, living beyond their means to keep up with the old rich, hippie artists from the ’50s who looked quite “street” in their rag tag jeans and long board skateboards waiting for gates on their million dollar modernist homes to raise for entrance after their morning jaunts for gourmet coffee. I witnessed a cocaine redux in the bathrooms of spiritual yoga retreat centers where I answered “human” every time someone asked me “What are you?”

But you were a breath of fresh air: both of us relational and conceptual artists trying to emerge from the box of our prior professional careers in the fine art world—me as a high class gallery director and museum marketer and you as the founder of an educational company which engaged people with artwork through play. Both of us lived with a feast or famine mentality able to dine together at chic vegan cafes one week while scraping up pennies to buy almond milk for coffee at home other weeks.

I was scared and you were not. Maybe it’s because you came from a cultural family where supportive underpinnings always took priority, but my upbringing stemmed from a poverty mentality where emotional survival was the focus and the rest of my chakra system pulsated dim and weak. You were fiercely yellow like a lion outfitted in the pale pink unitard of a pirouetting lamb. I was transforming like a butterfly from a girl who wanted to be seen to a girl who was starting to see.

We acted in a child’s play together, visited Watts Towers and filmed videos like twenty-year-olds in film school. We dressed up as tarot card archetypes for a women-only dinner in my home on Halloween night. I was the Queen of Hearts in a red silk ball gown and you, the angel of death in your pale white face and flowing cloak, writhed around the evening making us all uncomfortable with our own mortality. And I knew the reason I loved you.

You made me scared of what I was not facing in my life; you in fact, held it up to my face. You made me look in the glass of your own watery eyes to ask the same questions that you were facing. Women of our age—do we go one way or another? You were contemplating babies and practicing intimacy with breathtaking men. I was in a new relationship and falling in love for the first time. We were both ready for our art to blossom and to commit to a lifelong path that was extraordinary—not ordinary.

I wanted to be a hermit and you wanted to roam the world and we set about making these wild plans in our routine writing group where we mad dashed with fingers on keyboards over tea and cookies on Wednesdays until we wrote ourselves a new script.

We turned 40 together, both agreeing that we needed to do everything we wanted because we would be dead for a really long time. Yes, we’d been tap dancing safely in our dreams for decades but now the clock of mortality was counting down and the world was not turning into a better place.

Then one day it was time for both of us to fly. We had our notebooks stacked high with our intentions laid out –many pages filled with the tear-soaked and ponderous prose that comes seeping from the psyche at 4 a.m. when one wakes up with no witness but the moon and the truth of life in the heart. I wanted to fly to my love and start a quiet life where I could make art and write and stop curtsying like a young A+ student in a harsh white spotlight; to a place where nature reigned and I would have an excuse not to have a social life but to get up each day in front of the blank page surrounding by four monastic walls. You wanted to slash away your fear of being a proper woman (or not) and take to the streets of Europe for the summer in a white bird costume as a public street performer. Both of us knowing that our choices would be radical in light of our histories yet vital for our futures—we said goodbye and went our separate ways.

And we did it. I grew lighter and quieter and more profound which in turn fortified my soul and turned me strong as an ox. My life’s work began to come to me in dreams and rather than shove it out into the world, I spent the next few years cultivating its shape, listening to the material speak to me in whispered hushes, finding the cadence of my authentic voice. You alit all across Europe, flocking wide white wings into a communal heartbeat for humanity and all who dared to step into your periphery. Through ancient squares with pigeons craning through the cracks of medieval sidewalks you flew. From my docile studio window, looking out into my garden where families of doves birth each spring, I often think of you.

I think of you with your Belgian baker lover, you and the way you prod, jar, poke and tweak your global brothers and sisters, you who (exactly like me) lives to infiltrate the universal libido, mind, heart and conscience … and I start to hear the whimpers, the laughter, the screeches and cries of our wonderful time together when I was in a cocoon … anxiously and subliminally calling out for you – my female flight instructor. 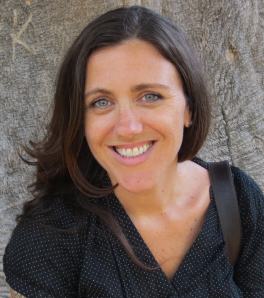 Newtopia Editor Kimberly Nichols is an artist, writer, social anthropologist and healing facilitator living in Los Angeles, California. Her conceptual works, literary fiction and creative nonfiction have been exhibited and published internationally. She is the author of the critically acclaimed collection of short stories Mad Anatomy (Del Sol Press, 2005) and is currently working on her second book. She is the owner of Tapping the Inner Palette, a company which utilizes the intuitive, spiritual, creative and healing arts to help people rediscover the inherent voice within as well as bring their authentic selves to fruition. She can be reached at Kimberly@newtopiamagazine.org.